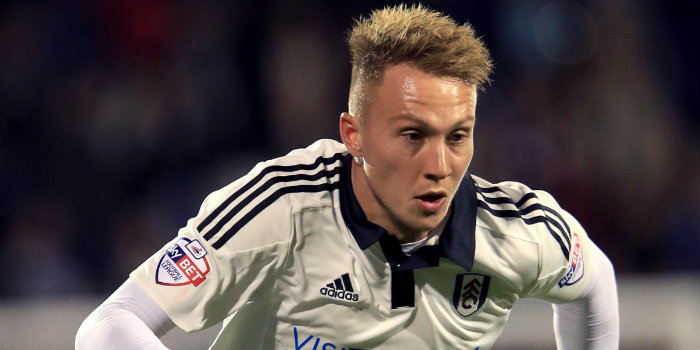 Fulham have told Cauley Woodrow he can leave in January.

The striker has fallen so far down the pecking order under boss Slavisa Jokanovic that his chances of first-team football have dwindled.

Woodrow, 22, was seen as a shining prospect when he was snapped up from Luton Town for a six-figure sum in March 2011.

But the England Under-21 international has been restricted to 28 first-team starts since making his Whites debut nearly two years ago.

He had a loan spell with League Two side Southend United in 2013-14, before his Premier League debut and his first goal for the Fulham in a 2-2 draw with Crystal Palace, which launched a breakthrough season in 2014-15.

But opportunities have dried up since then.

Last month he acknowledged a lack of opportunities might force him to look elsewhere to advance his stalled career.

“I made my debut quite young and it feels as if I’ve been around for a long time,” said Woodrow, who has a contract until 2018.

“A lot of the lads at my age won’t have played as often as I have at the level the club is at. I think it’s been positive. [But] I need to get back playing, whether it’s here or elsewhere.”

This season, Woodrow’s only league start came against Cardiff City in August and the last of his eight appearances was in the EFL Cup defeat by Bristol City. His two goals for the season came at Leyton Orient in the cup.

Jokanovic currently has the likes of Floyd Ayite, Chris Martin, Sone Aluko and Matt Smith at his disposal, while promising youngster Stephen Humphrys, 19, made his debut against Derby at the weekend.