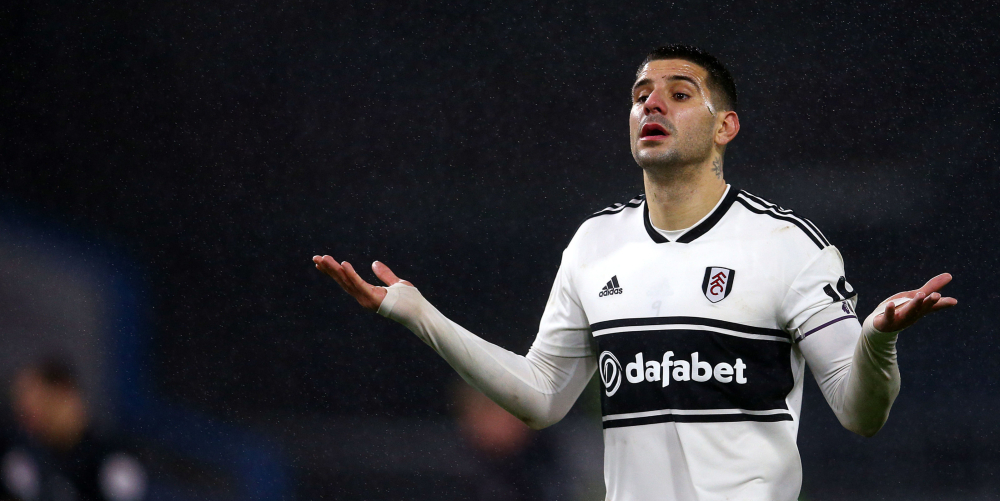 Fulham face the prospect of losing some of their best players following the club’s relegation back to the Championship – and Everton are looking to take Mitrovic, 24, to Goodison Park.

Mitrovic scored 11 Premier League goals in a struggling side, having previously played a key role in helping Fulham win promotion while on loan from Newcastle, who sold him to the Whites last summer.

He has scored a total of 23 goals in 54 appearances for Fulham, who finished a troubled season second from bottom of the table.

Meanwhile, Fulham have confirmed the departures of Ryan Babel and Lazar Marković following the end of their short-term contracts.

And Andre Schurrle’s two-year loan from Borussia Dortmund has been cut short.

The club have also activated options to extend the contracts of Floyd Ayité, Stefan Johansen, Neeskens Kebano and Denis Odoi by another year.

Options have also been triggered to extend the contracts of youngsters Magnus Norman, Mattias Kait, Jon Dagur Thorsteinsson and Jerome Opoku by 12 months as well.