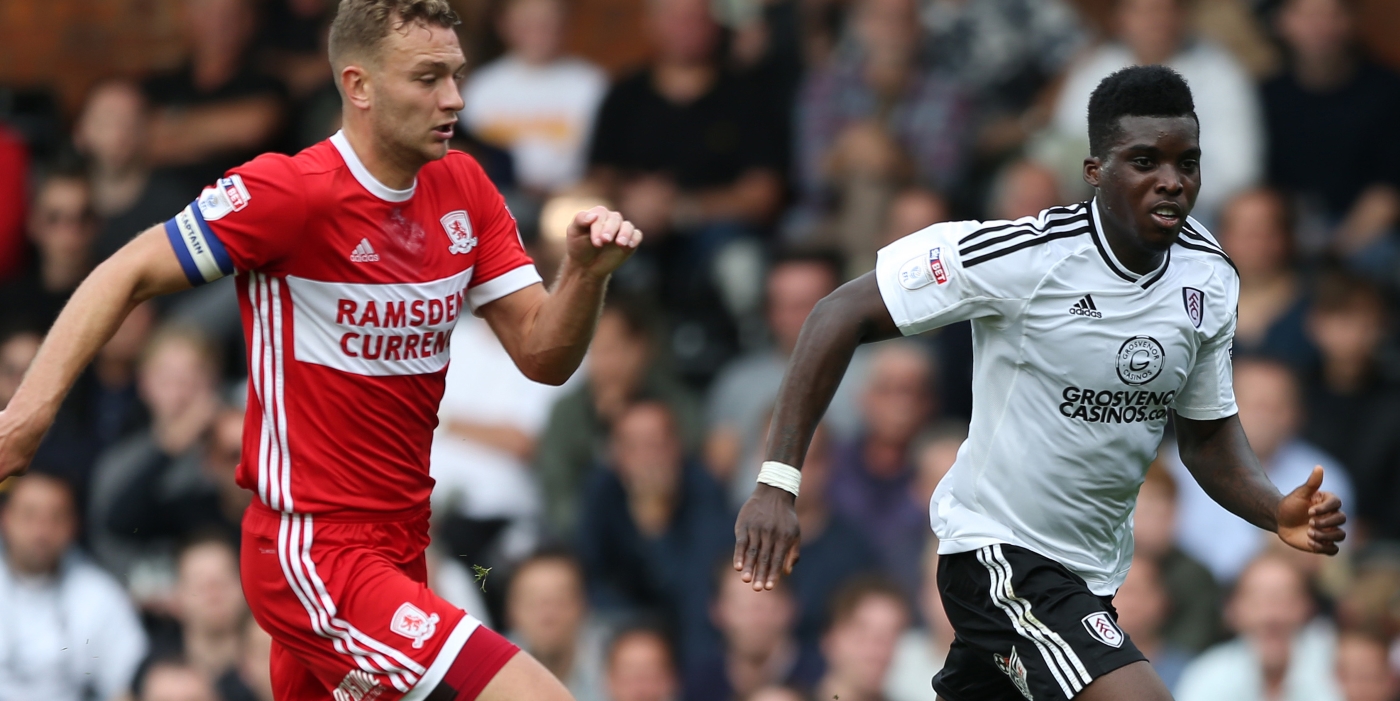 Aboubakar Kamara’s first Fulham goal was not enough for victory as they again let slip a lead at home.

Kamara’s header from a Ryan Sessegnon cross on 86 minutes looked to have won the game against the pre-season promotion favourites.

But after they failed to clear a corner a couple of minutes later, Ashley Fletcher’s miscued shot fell into the path of full-back Cyrus Christie, who slammed home the equaliser.

Middlesbrough therefore followed Norwich and Cardiff in taking a point from Craven Cottage this season with goals in the last 10 minutes.

To add to their woes, Fulham had lost winger Floyd Ayite to injury late in a first half in which they had the best chances.

Boro enjoyed a purple patch midway through the second half and started to threaten on the break, Patrick Bamford firing into the side netting and Marvin Johnson shanking wide.

Kamara, brought on for Johansen, then missed a golden opportunity to break the deadlock when he wastefully shot off target having been sent clear by Rui Fonte’s pass.

He made up for it by nodding in at the far post but was let down by his defence, who could not prevent Middlesbrough’s equaliser.