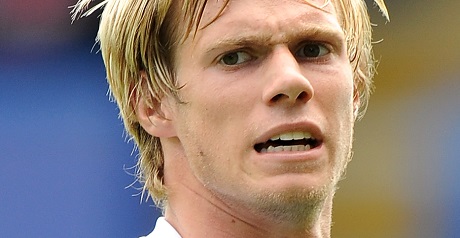 Tomas Kalas believes Fulham currently have a stronger side than the Middlesbrough one promoted from the Championship.

The Czech defender is in the perfect position to judge both squads, having played 30 times for Boro last season while on loan from Chelsea, before moving to Craven Cottage on a similar deal this summer.

Kalas has been an ever-present since joining Fulham, helping them to a five-match unbeaten start to the campaign prior to Saturday’s defeat by Birmingham.

Despite that setback, the 23-year-old is confident the Whites have what it takes to emulate Middlesbrough’s step up into the Premier League.

“I think we’ve got an even stronger squad than Middlesbrough had,” Kalas said.

“We’ve got many offensive players [and] we play very well in a shape defensively.

“I don’t want to say that Middlesbrough had bad players, obviously, they had really good players, that’s why they got promoted.

“[At Fulham] If you see the names, the quality, I think we should chase promotion. That’s the aim.”

Kalas remains unsure over his future at Stamford Bridge – Fulham are the fifth club he’s been farmed out to since 2010, and he has made only four fleeting first-team appearances for the Blues.

However he insisted he still harbours a dream of breaking into the Chelsea first-team, and feels Fulham is a good place to learn.

He said: “I have had many years to play for Chelsea – I haven’t played.

“I’m trying to find a way to develop and improve myself. I came to Fulham with the vision that I may play as many games as I can and hopefully improve myself this way – it’s the quickest way to improve.”