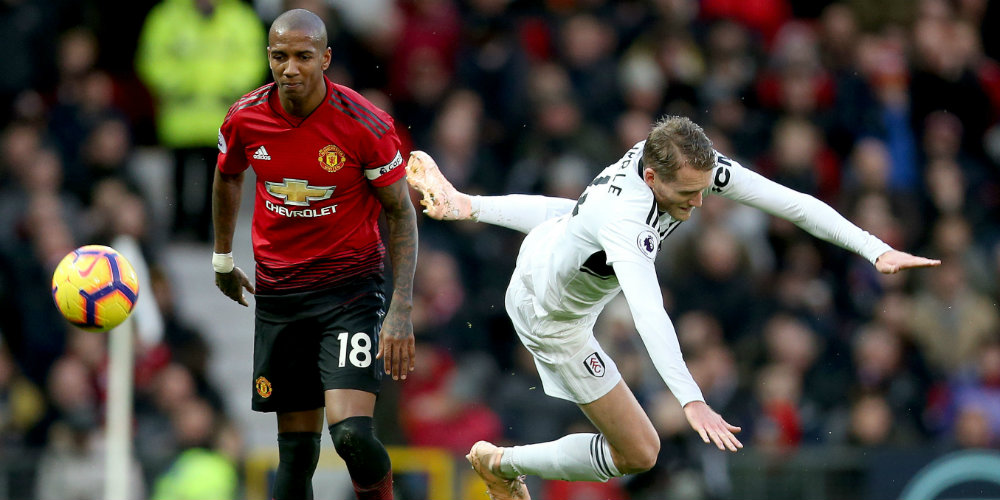 Struggling Fulham were well beaten at Old Trafford and remain rooted to the bottom of the Premier League.

After first-half goals from Ashley Young, Juan Mata and Romelu Lukaku, substitute Aboubakar Kamara scored with a penalty midway through the second half to give the Whites hope.

But André-Frank Zambo Anguissa was sent off a couple of minutes later and Manchester United were more than comfortable before Marcus Rashford added a late fourth.

Fulham’s defence – the most porous in the Premier League – could only keep United at bay for 13 minutes.

Young rounded off a fine move by nutmegging Dennis Odoi and superbly firing into the far corner of the net from a tight angle.

Aleksandar Mitrovic missed a decent chance to equalise when his weak shot was easily saved by keeper David De Gea after the striker had been set up by the recalled Tom Cairney.

That miss proved costly, with former Chelsea playmaker Mata doubling United’s lead just before the half-hour mark with a first-time strike after being found by Rashford’s low cross from the left.

Mata collected Jesse Lingard’s pass and threaded the ball through to the Belgian striker, who finished from close range.

Kamara, on as a half-time replacement for Mitrovic, scored from the spot after being brought down by Ander Herrera.

However, any realistic hope of a Fulham comeback was quashed when Anguissa received a second yellow card following a challenge on Rashford, who caught out keeper Sergio Rico with a strike from near the edge of the penalty area with eight minutes remaining.