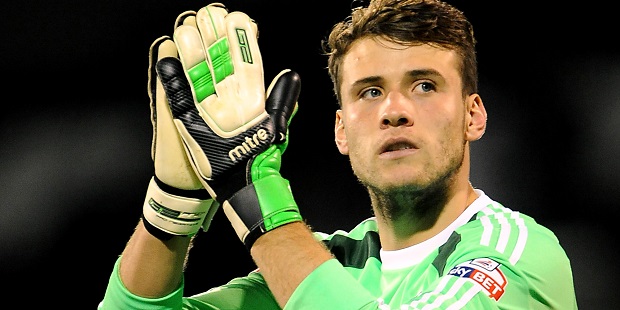 Fulham goalkeeper Marcus Bettinelli has been called up to the England squad ahead of the matches against Spain and Switzerland.

The 26-year-old has got the call despite Jordan Pickford, Jack Butland and Alex McCarthy all training on Tuesday.

He played for the Under-21s when the side was managed by England boss Gareth Southgate, who was keen to look at him with the senior squad.

Fulham through and through

Born in south London, Bettinelli joined Fulham as a youngster and made his way through the ranks. He had to wait until 2014 for his debut, though, coming in a League Cup game with Brentford. He enjoyed a brilliant campaign, which earned him an England Under-21 call-up, selected by Southgate. After a couple of seasons in and out of the side, he was an important member of the Fulham team that won promotion to the Premier League last term.

Bettinelli’s call-up has come just nine days after he made his Premier League debut for the Whites. He had started behind Fabri in the pecking order this season, but got a start against Burnley last Sunday and then followed it up by saving a penalty in the 2-2 draw at Brighton on Saturday.

Like many of England’s squad, Bettinelli has humble beginnings. His first taste of senior football was on loan at National League Dartford in 2012, where he made 35 appearances. The next year saw him back out on loan, this time at Accrington where he played 41 times in League Two.

It helps if your dad is a goalkeeping coach and Betinelli’s dad Vic has had a massive impact on his development. Vic played at non-League level before getting into coaching, where he worked under Steve Coppell at Crystal Palace. He was brought to Craven Cottage by Chris Coleman and worked with the first team before moving into the academy, where he still remains.

They say goalkeepers are a crazy bunch and Bettinelli loves a prank if his Twitter page is anything to go by. In one trick he proved he would be a nightmare to room with as he waited patiently by team-mate Matt Smith’s bed in order to give him a fright.