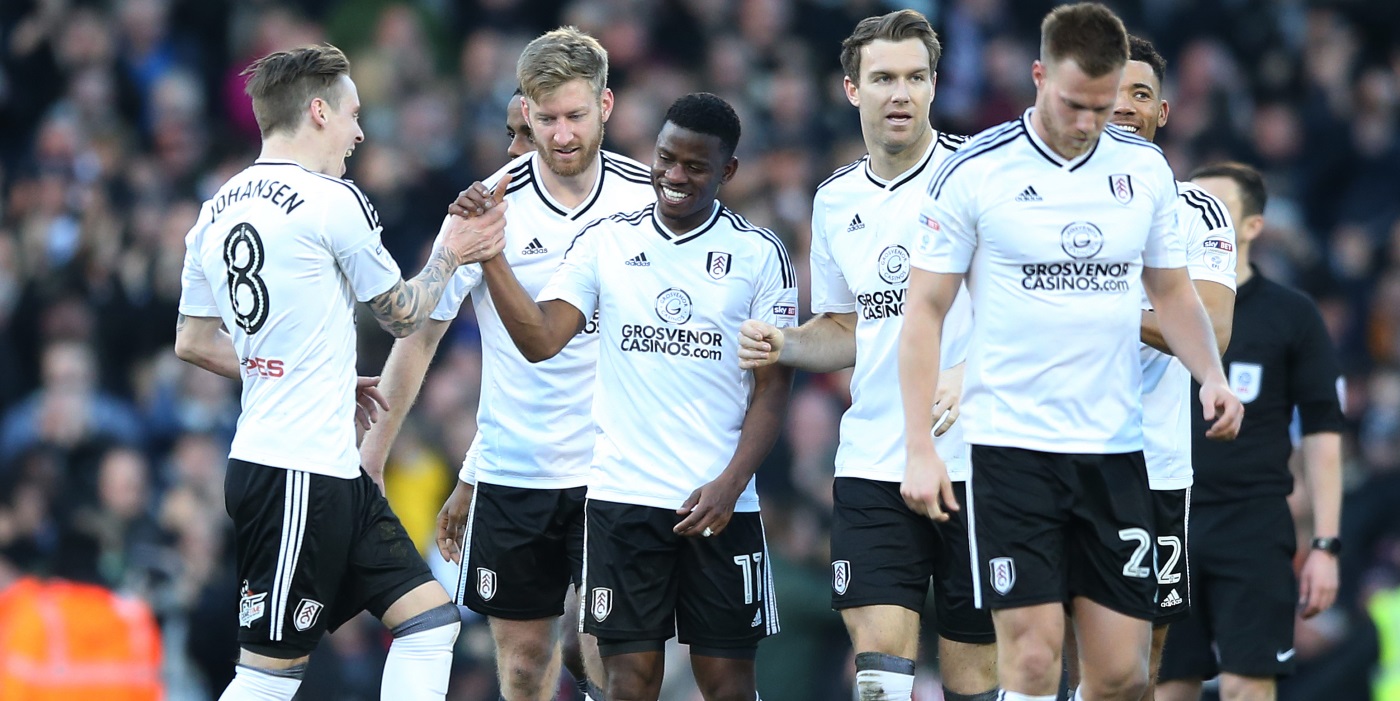 Fulham turned in a vibrant second-half performance to win the keenly anticipated clash between the two in-form teams in the Championship.

A stubborn Aston Villa held the Whites at arm’s length in a cagey opening 45 minutes, but were no match for the hosts once they took the lead soon after the break.

Ryan Fredericks got away down the right and laid the ball across the box for Ryan Sessegnon to sweep home his 12th goal of the season.

And Floyd Ayite killed the game off with a fantastic lob from the edge of the centre circle into an empty net, after Villa keeper Sam Johnstone had fluffed a free-kick.

In the first half, Sessegnon had been almost completely shut down by Villa’s Manchester United loanee Axel Tuanzebe, as Steve Bruce’s defensive set up nullified Fulham.

But on 52 minutes, the 17-year-old left his post to ghost unnoticed into the box and send Fredericks’ low delivery past Johnstone.

The Villa keeper then mishit a free-kick straight to Ayite, who kept his composure to fire it in from distance.

Johnstone did atone for his error by saving twice from Aleksandar Mitrovic, while Ayite headed over as Fulham threatened to win by a larger margin.

As it is, their victory ended Villa’s run of seven consecutive wins and stretched their own home run to seven victories – the club’s best form at Craven Cottage in more than 17 years.