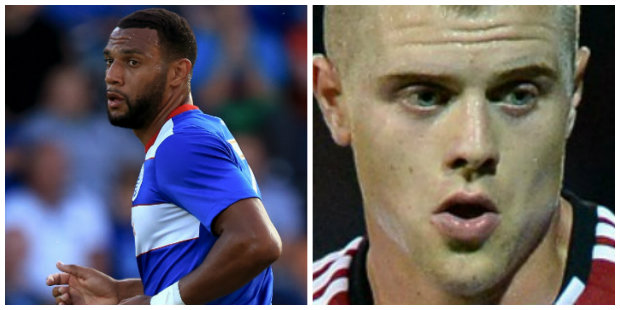 QPR and Brentford face each other at Loftus Road this weekend. Here are five potential battles we think could be crucial in Saturday’s west London derby.

Clint Hill v Lasse Vibe or Marco Djuricin
Hill, 37, was described as “Mr QPR” by boss Jimmy Floyd Hasselbaink after stepping in for the injured Grant Hall against Derby in midweek. Djuricin has started the last three games but had an unproductive hour against Charlton last time out and Vibe could return.

Sebastian Polter v Yoann Barbet
Barbet netted his first goal for Brentford in the defeat by Charlton but his primary duty will be keeping Polter quiet. The German was heavily involved against Derby and will once again be the focal point of QPR’s attack.

Matt Phillips v Jake Bidwell
The Rangers winger may be just shy of his best form but he was influential in Tuesday’s victory and should give the reliable Bidwell a tough game.

Karl Henry v Alan Judge
Despite Brentford’s dip in form in 2016, Judge remains a vibrant attacking threat behind the central striker. He thrives in even the smallest pockets of spaces, which is what Henry will look to deny him.

Tjaronn Chery v Josh McEachran or Alan McCormack
Dutchman Chery’s goal against Derby was his third in his last five appearances and he will link the midfield with lone striker Polter. Brentford have used several players in the holding role of late, including ex-Chelsea man McEachran. But, given back-to-back defeats, boss Dean Smith may be tempted to change things – and the fit-again McCormack could make his first start since November.