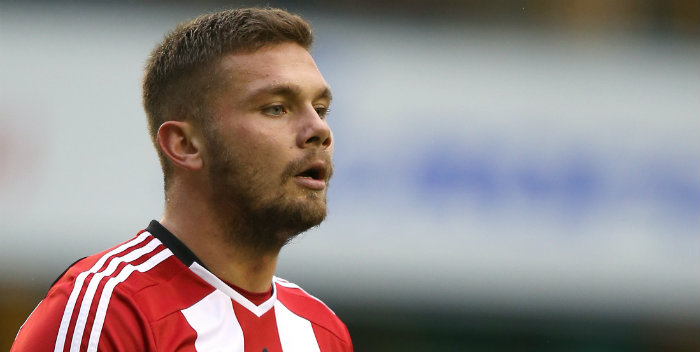 Brentford fans on Twitter have given a mixed reaction to the news that former captain Harlee Dean is nearing a move to Birmingham.

The two clubs have agreed a fee of around £2m and the 26-year-old is due to have a medical on Tuesday.

Some Bees supporters praised Dean for his contribution since joining from Southampton in 2012, but others felt he was easily replaceable.

As if Harlee Dean is going to Birmingham. Zero upgrade in terms of ambition and quality. Money talks, zero loyalty left in football

If it’s true disappointed Dean going to Birmingham, hardly a great career move so must be for money #Brentford

Cheers for everything skip. @OfficialHDean. Why we never just gave him the money he wanted, I will never know!

I honestly only want players who want to be at #Brentfordfc. If Harlee wants to move to earn more money then so be it. Same with Jota

Harlee Dean is a very replaceable player, average centre back and always has a mistake in him. Always felt if he leaves we could replace

So, Harlee Dean’s off to Birmingham. (Shrugs)

Birmingham fans largely were pleased with the news, after their attempts to sign Bristol City centre-back Aden Flint were rebuffed.

Very Happy with Harlee Dean. The type of signings we should be making and for a very sensible fee #bcfc

#BrentfordFC fans why the hell did you accept 2m for Dean?! What a bargain for #BCFC, now let’s have one or 2 more

Would be delighted with Harlee Dean signing! A great defender at this level, and for £2million, a steal! #kro #bcfc