Some of the recent transfer speculation involving Chelsea.

Tammy Abraham has again been linked with a possible move to Everton in a deal involving Romelu Lukaku, this time by the Daily Mail.

Former Chelsea striker Lukaku has been tipped to leave Goodison Park this summer and perhaps return to Stamford Bridge.

It was recently suggested that Abraham, who enjoyed a prolific season on loan at Bristol City, could move to Merseyside as part of a deal that takes Lukaku back to Chelsea.

And the Mail say Everton are interested in the 19-year-old either on loan or as a permanent signing.

The Telegraph say the midfielder is expected to cost more than €50m (£42.7m) but that Chelsea are willing to spend big this summer, with at least £200m available for new players.

Valencia and AC Milan are interested in Chelsea defender Kurt Zouma, again according to the Telegraph.

Zouma returned to action this season after a cruciate injury but is behind the likes of Gary Cahill and David Luiz in the pecking order.

Chelsea are said to be willing to loan him out next season so that he can play regular first-team football.

Aubameyang said to be a target

The Sun have picked up on reports in Italy claiming that Chelsea want Borussia Dortmund striker Pierre-Emerick Aubameyang to replace Diego Costa.

It comes as Spain striker Costa continues to be linked with a move to China.

Gabon international Aubameyang, 27, scored 37 goals last season and it is claimed that he could be available for £50m.

Chelsea have again been linked with Stoke City’s England goalkeeper Jack Butland, this time by the Daily Mirror.

The 24-year-old, recently back after injury, is one of a host of keepers the Blues have been linked with in the last year or so.

The Mirror say Chelsea, Arsenal, Manchester City and Manchester United are all showing an interest in him ahead of the summer transfer window.

Bournemouth plan to offer Chelsea £30m in an attempt to clinch the double signing of Asmir Begovic and Nathan Ake, The Guardian say.

The Cherries were keen to sign both players during the January transfer window, with Ake having impressed while on loan with them earlier this season.

Bournemouth have since been tipped to move for them at the end of the season and The Guardian say the south-coast club are willing to spend big but that Chelsea could be reluctant to let Ake go.

Marco Verratti has yet again been linked with Chelsea.

The Sun say Chelsea have offered £35m for the Paris St-Germain midfielder, who has been linked with the club during successive transfer windows.

The Italian, 24, is said to have told PSG he wants to stay in Paris and will reject any move.

There continues to be speculation over the future of John Terry as he prepares to leave Chelsea.

The Daily Mail say Bournemouth are prepared to offer Terry, 36, a two-year contract.

Chelsea boss Antonio Conte plans to sign six players for a total of more than £200m, according to The Independent.

The newspaper say Conte wants at least one striker, depending on the future of Diego Costa, a centre-back, another left-sided central defender, a number 10, a central midfielder and a back-up goalkeeper to replace Asmir Begovic, who is expected to leave.

Ruben Loftus-Cheek will demand a loan move away from Chelsea, according to The Times.

The 21-year-old midfielder has grown disillusioned with the limited opportunities he has been given by Conte this season, The Times say.

Conte indicated this week that the club could loan Loftus-Cheek out next season in order to give him more first-team experience.

Chelsea want Kyle Walker and are ready to battle with Manchester City to sign the Tottenham right-back, the Daily Mirror claim.

City have been linked with Walker for some time amid speculation that he could leave Spurs this summer.

And the Mirror claim that Conte is an admirer of the England international and wants to take him to Stamford Bridge.

It is also claimed that both Chelsea and City would be willing to double Walker’s current wages and that Tottenham would want £40m in order to sell.

The Colombian has been linked with a move to Stamford Bridge during successive transfer windows despite no approach being made by the Blues.

There continue to be reports that Chelsea are interested and Manchester United are also said to be keen.

Marca now say Real are ready to sell the 25-year-old for €75m (around £63.8m) and that Chelsea and United are both interested in a potential deal.

Another Spanish publication, AS, say he is likely to join United. 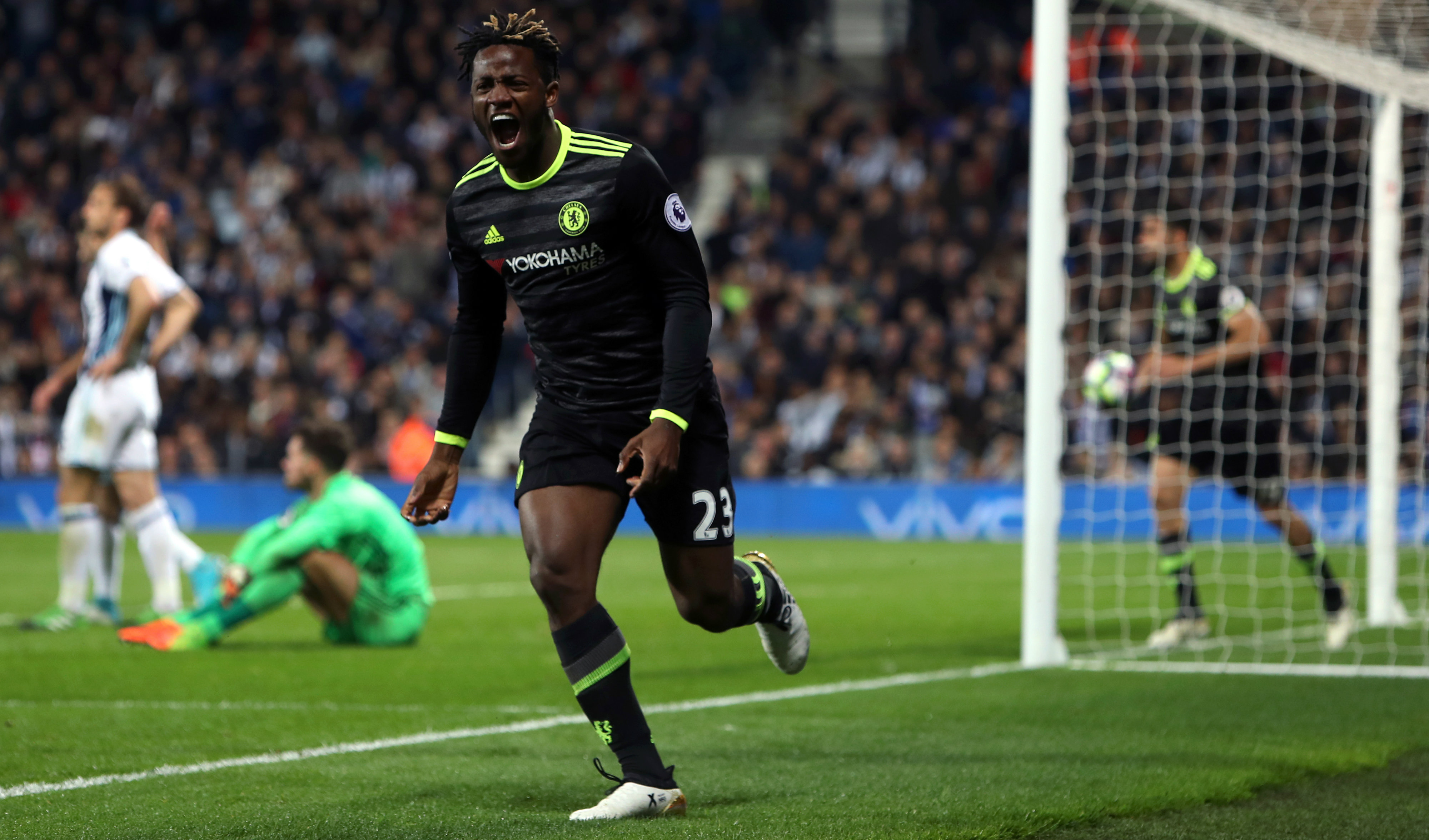 Chelsea are again being tipped to sell Michy Batshuayi.

The Daily Mirror say the Blues could offload the Belgian striker despite him scoring the winner against West Brom on Friday to clinch the Premier League title.

It was the striker’s second league goal for the club and he had previously struggled to make an impact since his move from Marseille last summer.

West Ham are said to be keen to sign the 23-year-old, as are Marseille and Monaco.

Roma duo continue to be linked

The Sun have picked up on reports in Italy that Chelsea scouts watched Antonio Rudiger and Radja Nainggolan in action at the weekend.

The Roma duo have been continually linked with Chelsea and are reported to have been watched in a game against Juventus.

It is standard practice for leading European clubs to send scouts to games in other top leagues.