Qatar break is just the trick for Potter’s plans 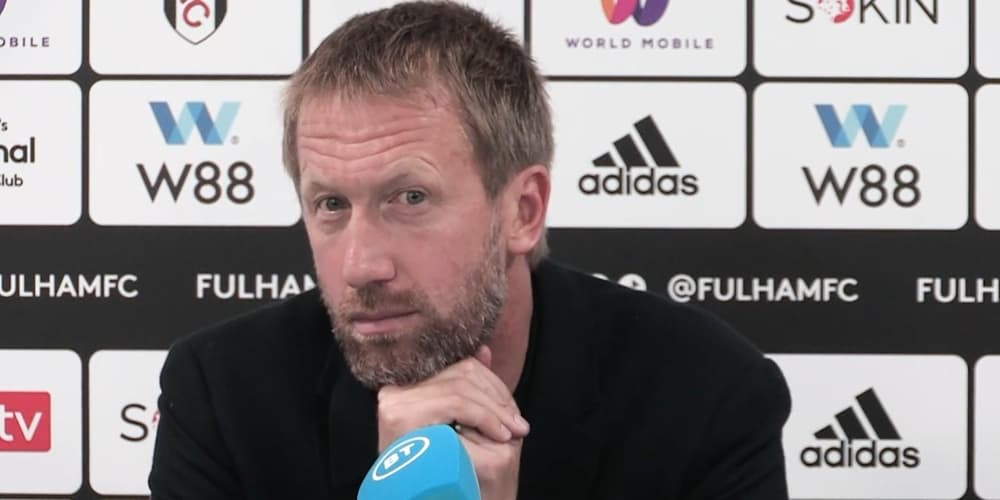 Graham Potter, who has turned things around since swiftly being thrown into the hot seat at Chelsea, seems to be one head coach looking forward to the enforced interruption for Qatar 2022.

Although he has a plethora of players competing in the FIFA World Cup finals, the time off from competing in the Premier League will finally allow the 47-year-old to undertake the tweaks he wants.

Games have been thrown towards Potter at breakneck speed, so the World Cup break should prove beneficial. Usually the football festive period is highly demanding, and last term Chelsea had to tackle nine matches in swift succession that led to dropped points and numerous injuries.

With Chelsea’s stars battling it out in Qatar, Potter may have to rethink his tinkering and throwing on players who aren’t match fit. His rotation tactics still have not seen more first team involvement for younger squad players such as the midfield pair of summer signing Carney Chukwuemeka and Omari Hutchinson, so they could be set for run in 2023.

Liverpool and Manchester United are prime examples of big teams who aren’t afraid to blood their youngsters. But Potter’s being cautious at Chelsea, even though there are injury issues for several key players.

The turbulent start to the season under head coach Thomas Tuchel,  which resulted in the German being given the boot following a breakdown in his relationship with the club’s new hierarchy, has now been forgotten.

Chelsea has been generously priced at at 60/1 to win the Premier League by LeoVegas, renowned sportsbook and and one of the top online slot sites out there. Other West London teams are chasing a top 10 position, with Fulham (5/2) favoured over Brentford (3/1) to end the season in the top half of the table.

Potter is probably bursting for this upcoming break, which offers him invaluable time to evaluate how to secure a spot in next season’s Champions League. To miss out on competing in that highly-lucrative competition would probably bring down the curtain on his reign at Stamford Bridge.

One player who could feature more in Potter’s plans is Swiss international Denis Zakaria. He joined the club on a season-long loan from Juventus on transfer deadline day, and was an unused sub until making his Chelsea debut in early November. His polished 70-minute Champions League run out against Dinamo Zagreb, which included scoring the winning goal from the edge of the penalty area, surely gives Potter food for thought.

Potter’s current menu of stars is already causing a headache with new signings Marc Cucurella and Raheem Sterling yet to impress and Kai Havertz underachieving. All three have produced erratic performances, leaving a question mark as to how they will fit in with Potter’s plans when the Premier League returns after Qatar.

Spanish defender Cucurella initially made an impact following his £60 million transfer from Brighton & Hove Albion when Potter was head coach on the south coast. He’s now struggling to last an entire game, and recently came off at half-time against Aston Villa.

Striker Sterling has struggled since his £47.5m signing from Manchester City. Having been deployed as a left wing back, when he has been misplacing passes and rarely scoring, is an experimental gamble that is not paying dividends.

The other forward to stutter is Kai Havertz. The German international’s displays lack his usual composure and finishing.

For Potter, this winter’s tournament in Qatar could hardly be better timing. The opportunity to reorganise his squad and tactics as well as welcome key players back from injury should help Chelsea make an impact for the rest of the Premier League season.