Lampard: Alonso not out of the picture at Chelsea 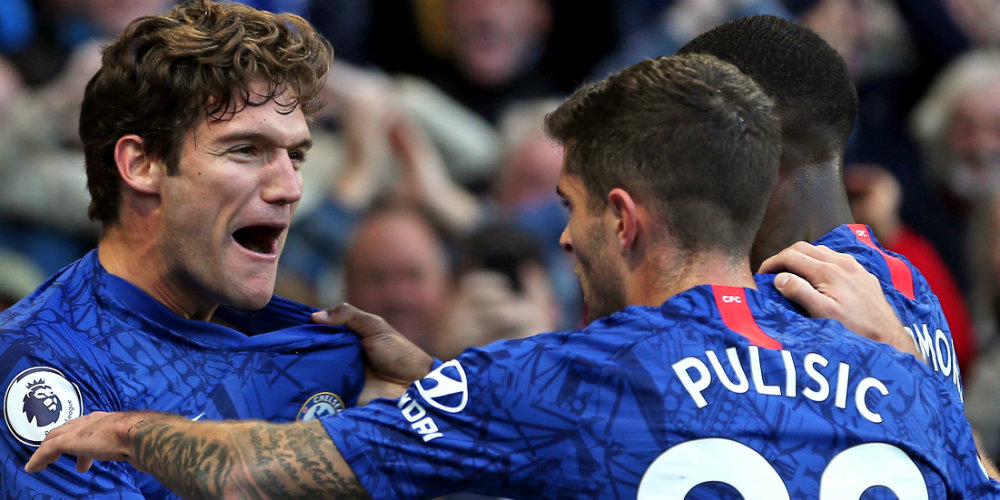 Frank Lampard has insisted that Marcos Alonso is not “out of the picture” at Chelsea despite not being selected for the past month.

Alonso has not featured since being substituted at half-time during the 4-4 draw with Ajax in the Champions League.

The Spaniard attracted much criticism for his woeful performance in that game and Lampard has since turned to Emerson Palmieri.

Lampard has even moved Cesar Azpilicueta across to left-back at times rather than pick Alonso, who has been linked with a move away from Stamford Bridge.

But the Blues boss says the door is not closed on Alonso and other fringe players.

Lampard said: “I’ve got a squad to select from. I’ve got options in different positions and that’s just my choice. That’s what it is.

“It’s sometimes a difficult part of my job because I can only pick 11 and only pick the subs and I have to make those choices.

“It doesn’t mean anyone’s out of the picture – ever. It’s about how you train here daily, how you perform when you play.

“We need the squad and in some periods of course players will maybe be disappointed they’re not in it, but they must keep working.”