Drinkwater likely to be out until next month

Danny Drinkwater is expected to remain sidelined for a number of weeks.

The midfielder, who recently joined Chelsea from Leicester, has been nursing a calf injury and has not played this season.

And boss Antonio Conte has revealed that Drinkwater is unlikely to make his Blues debut before October’s international break.

“He has a muscular problem in his calf and I think it is very difficult to see him before the international break,” Conte said.

“It’s a pity because he was starting to work and to improve his physical condition and adapt to our idea of football. 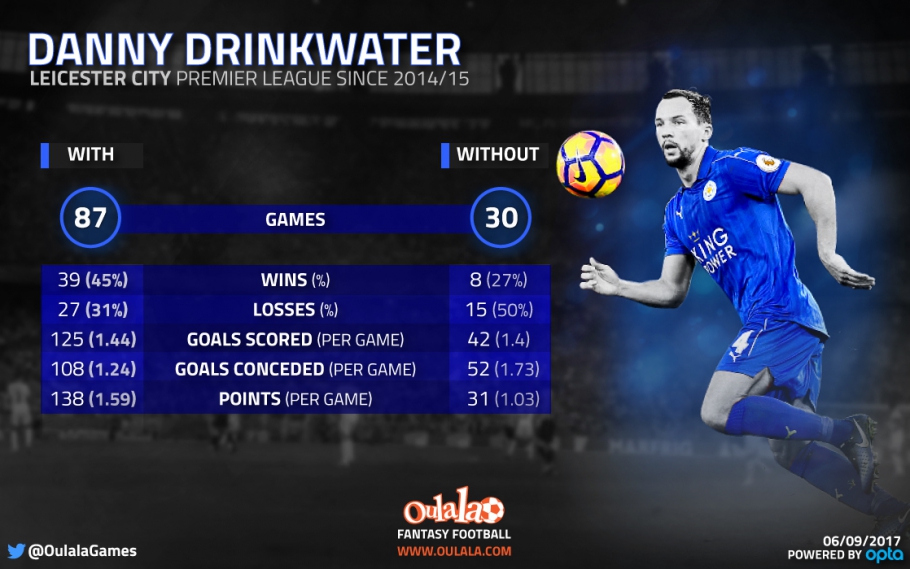 On a brighter note for Chelsea, Conte confirmed that Eden Hazard is “almost 100% fit” following the Belgian’s recent ankle injury.

Hazard is being considered for a starting place in Sunday’s London derby against Arsenal.