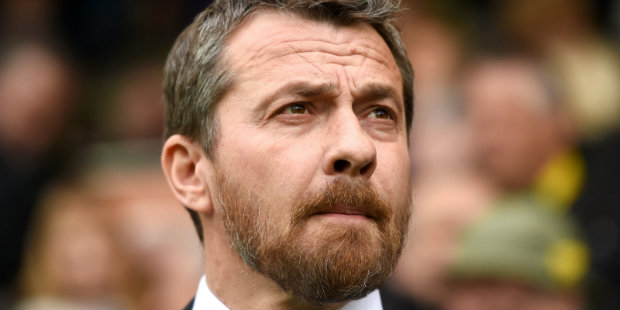 Slavisa Jokanovic says he is focused solely on Fulham’s date with destiny on Saturday and not speculation about his future.

Jokanovic leads the Whites into this weekend’s Championship play-off final against Aston Villa, knowing victory would end a four-year hiatus from the Premier League.

His work in making Fulham one of the most attractive teams to watch this season has seen him linked to a return to Chelsea – where he was a player in the early 2000s – with Antonio Conte’s position remaining in doubt.

But that is not going to be a distraction to the Serb, who took over at Craven Cottage in 2015 and turned the club from relegation battlers to promotion contenders.

“We are not thinking about my future, I am not talking about players’ future.

“The only important thing is Saturday afternoon. I have the contract, this game is so huge, so massive.

“I don’t know what I am going to do on Sunday morning, only what is immediately ahead of us.

“At the end I am here for two-and-a-half years, when I arrived we were fighting relegation battle.

“We showed clear improvement and we want to fight for bringing Fulham to a place where we believe we belong. We are in with a chance.”

Jokanovic’s men had a brilliant campaign, going on a 23-game unbeaten run, but missed out on automatic promotion on the final day.

They overcame that disappointment to beat Derby in the semi-finals and Jokanovic wants his side to “cross the magic line” at Wembley.

He said: “We are now at the front of an important chance. We are going to follow our style and be confident we will cross the line.

“There is a huge job ahead of myself. It is an opportunity for a side to be part of the best league in the world.

“That is a big motivation for us. Behind us is one great season but we can’t think about past games.

“We have one opportunity to cross the magic line. I am thinking about the 90 minutes, the 120 minutes if we need it. We are ready for everything.

“We are playing a massive club, we know what we are going to face.

“It’s a huge game, it can be a Premier League game, but not next season.

“This is the final, an important game and everyone wants to do what they can do to make the step.”