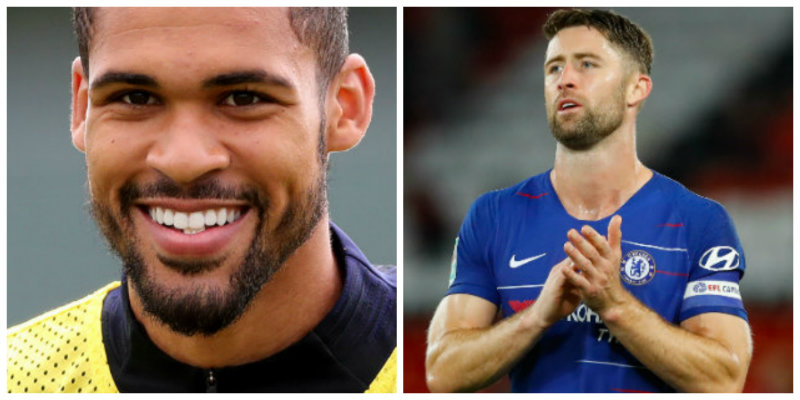 Maurizio Sarri has suggested Ruben Loftus-Cheek is unlikely to leave Chelsea on loan in January – but the Blues boss is unsure about Gary Cahill’s future.

There had been speculation that Loftus-Cheek, who spent last season on loan at Crystal Palace, could seek a move after being overlooked by Sarri.

However, the England midfielder has featured in recent matches, scoring four goals in the process, and has seemingly boosted his chances of becoming a first-team regular at Stamford Bridge.

“Ruben in October played four matches out of five, so I think at the moment the situation is not for a loan,” said Sarri.

Nevertheless, Sarri again insisted that he believes Loftus-Cheek needs to improve the defensive side of his game if he is to be a first-choice player.

Sarri explained: “He improved but I think he needs to improve more from a tactical point of view.

“All the rest is good, because physically he has great characteristics. He is fast, solid, he has impact and technically he is very good.

“I think that if he wants to play like a midfielder he has to improve in the defensive phase. But the potential is great.”

Speaking at a media conference on Friday afternoon, Sarri said Cahill will remain club captain despite no longer being a first-team regular.

Cahill, who was unimpressive against Derby in Wednesday’s Carabao Cup win, has indicated that he will look to leave Chelsea in January if he is still on the fringes.

And Sarri admitted that he is unsure whether the former England centre-back, whose contract expires in the summer, will stay beyond the next transfer window.

“Cahill, I don’t know. It depends on him,” Sarri said.

“He played very often in the last seven or eight matches. So I don’t know. It depends on him and it depends on the club.

“For me he is very important on the pitch but also off the pitch.”