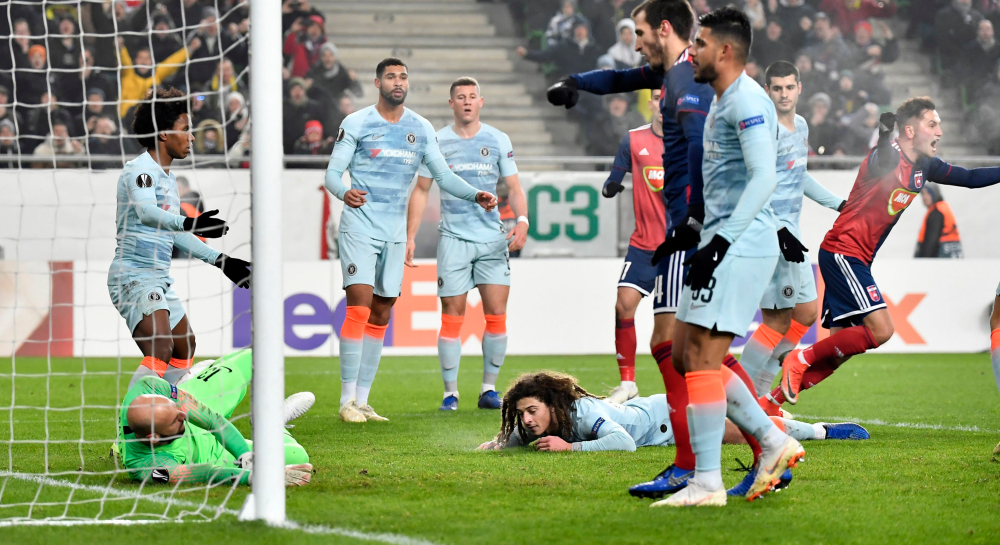 Both teenagers again impressed for the Blues, with Hudson-Odoi producing another lively performance up front after being given a chance to impress once more.

Ampadu, making his first start under Sarri, scored an unfortunate own goal in the first half but his overall display again underlined his potential.

Boss Sarri shrugged off the own goal, saying: “It is not the fault of Ampadu. I think he played a very good match, especially in a team like this.”

The Italian added: “I am really very happy with Ampadu and Callum Hudson-Odoi.

“Of course they need to improve in every way, tactically and technically, but they are in the right way.”

Sarri made wholesale changes for the game in Budapest, where Chelsea were well below par.

They salvaged a draw courtesy of a 75th-minute free-kick by Olivier Giroud, who had come on as a substitute to replace the injured Alvaro Morata.

“We made a lot of mistakes from the tactical point of view,” Sarri said.

“I am very happy with the character and with the reaction from the second goal.

“On the pitch there was a lot of young players so it wasn’t easy to react.

“From the tactical point of view we made a lot of mistakes. We lost a lot of ball. We can manage the ball better I think.

“At the end, especially with the young players I am satisfied with the character.”

Morata went off shortly before half-time with what seemed like a knee injury, but Sarri is hopeful the problem is not serious.