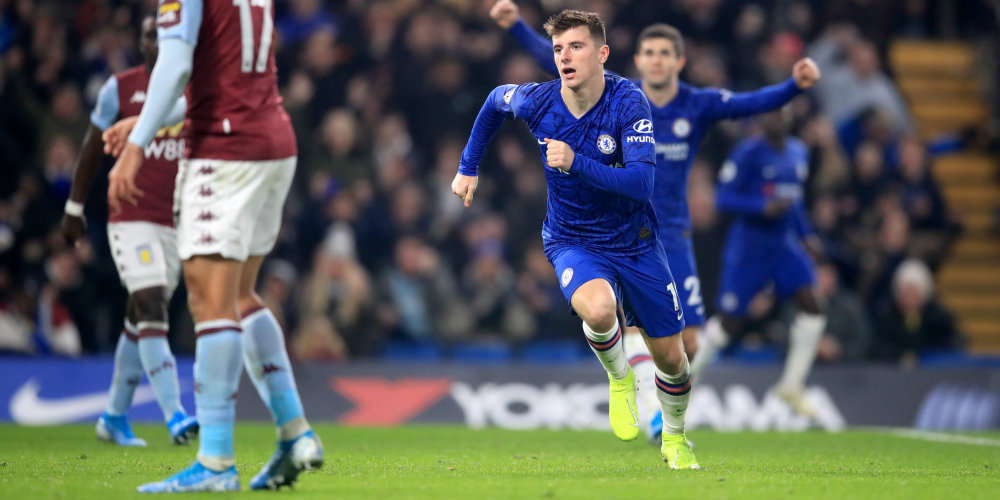 Mason Mount’s cracking strike gave Chelsea the points against Aston Villa. Here’s how we rated each Blues player in the 2-1 win at Stamford Bridge.

Handled things pretty well for the most. Didn’t have too much to do as Villa waned in the second half until a great save from a Luiz header.

Supplied the precise cross for Tammy Abraham to open the scoring for the Blues in the 23rd minute. Failed, however, to spot Trezeguet nipping in for the 41st-minute close-range equaliser.

A strong and commanding performance overall against Villa’s towering strikeforce. Kept his cool in the final minutes as Villa became desperate.

Had to be alert to unceremoniously clear Villa danger towards the end of the first half.

The Blues skipper helped restrict Villa’s drive on the right. Could have perhaps done better with a shot that went just over on 66 minutes which would have made Chelsea comfortable.

Took on the role of Jorginho, who was on the substitutes’ bench. Pressed forward more in the second half as the Blues looked to make matters safe.

Not the most dynamic display by the Croat but he helped anchor the midfield and, importantly, kept Villa danger man John McGinn quiet.

Had a great chance in the sixth minute but saw his fierce drive well saved by Villa keeper Tom Heaton. Became more threatening to the visitors in the second half, teasing Villa’s full-backs on both sides. Good cross leading to Mount’s goal before striking the post via a free-kick and Heaton.

A fabulous volley on 48 minutes put Chelsea back in front. The confident England international had threatened the Villa goal earlier and his fine finish was a perfect reward for his efforts. The Blues’ star man on the night.

Profligate at times early on but the American was always willing to support Abraham. Worked hard but just lacked that cutting edge.

Was an injury doubt beforehand but the striker started and was on hand to break the deadlock. A simple, six-yard header from James’ cross, evading the attention of Villa’s Ezri Konsa. Also weighed in with a neat, chested assist for the second. Missed a good opportunity in the 71st minute against his old club.