Chelsea grabbed a vital away goal as they hit back from a slow start in their Europa League semi-final first leg tie against Eintracht Frankfurt. Here’s how we rated each Blues player.

The keeper had almost nothing to do but kept his concentration well.

Played an important role in the opening minutes with the defence under pressure and remained tenacious in the tackle and always eager to get on the front foot.

The Dane was rightly cautioned for a scything late challenge out wide but showed great maturity to avoid a second booking and won some vital challenges as well as teeing up dangerous attacks with some clever reading of the game.

He had a couple of worrying defensive moments towards the end and could arguably have done better in defending the goal, but Luiz was generally impressive. He almost scored with a fine free-kick and should have found the net with a header.

Chelsea’s left-back was one of many players who looked a little out of sorts as Frankfurt began at a pace that they were never going to be able to maintain, but he recovered impressively with a solid defensive display and busy attacking one.

The sole defensive midfielder was rushed and hassled in the first 25 minutes in the face of a blistering home start, but then began to get a grip of central areas and his was a fine performance which enabled Chelsea to boss the second half.

He was increasingly influential, further wearing down a tiring opposition with his energy and work-rate and using the ball effectively. Kante was lucky to get away with losing possession near his own goal as Chelsea tried to play out from the back late on but he recovered to help avert the danger.

The England midfielder was initially slow to adjust to the pace of the game, getting crowded out too easily and losing possession but when he settled he showed his very best. Loftus-Cheek was dynamic, dangerous and used his power and pace and ability to run from deep to dominate. The only blemish was an inability to score or create the goal his wonderful approach play deserved.

A typical Willian performance. The Brazilian was casual and sloppy on too many occasions but still managed to come close to setting up a goal with some electric bursts from out wide.

Pedro was as energetic as ever and took his goal with fine poise. His work-rate never dipped and he remained a constant threat.

The Frenchman was on the end of many a dubious challenge in the first half and was clearly frustrated but he improved as the team improved and his hold-up play helped Chelsea get on top.

Chelsea’s key man was surprisingly left on the bench, but immediately seized control when he came on just after the hour. He dictated play and created time and space for himself and others as Frankfurt faded in the latter stages.

Came on with less than 10 minutes remaining but struggled to find the pace of the match and had little impact. 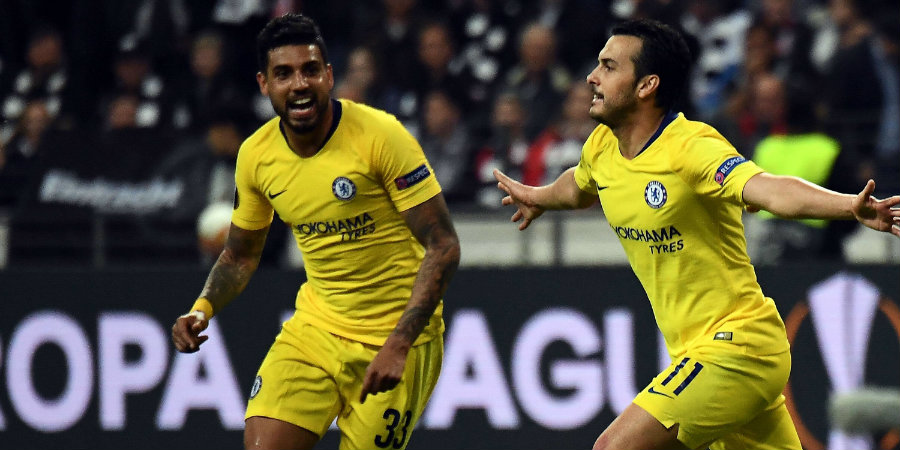