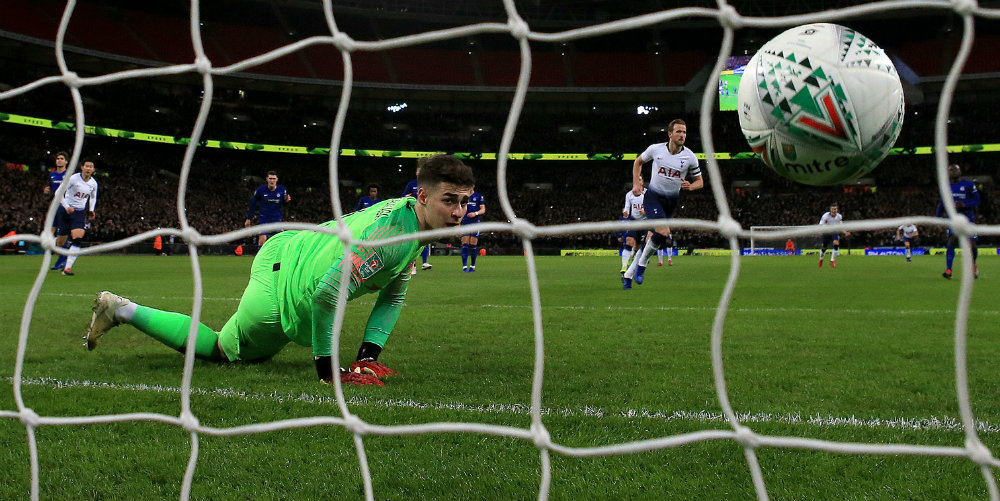 Kane was initially adjudged to have been offside before being brought down by keeper Kepa on 27 minutes.

However, after VAR indicated there was no offside, a spot-kick was awarded, which Kane calmly converted.

Chelsea dominated the second half but were unable to find an equaliser.

They can, though, approach the second leg at Stamford Bridge with some confidence.

They survived an early scare when Andreas Christensen was given the benefit of the doubt by referee Michael Oliver after Son Heung-min went down under a challenge from the defender as they chased Dele Alli’s ball over the top.

After Kane’s acrobatic effort was well saved by Kepa, the visitors enjoyed a spell in which they were on top and Callum Hudson-Odoi had an effort saved by keeper Paulo Gazzaniga after being found by Willian.

But just as Chelsea seemed to be getting the upper hand, they found themselves a goal down.

They went close to equalising when N’Golo Kante nudged Marcos Alonso’s cross on to the outside of the post.

In the final seconds of the first half, Gazzaniga pulled off a magnificent save to tip the ball on to the post after Hudson-Odoi’s strike had taken a deflection off Danny Rose.

And Christensen contrived to miss a great second-half chance to equalise, awkwardly firing over in acres of space at the far post after Willian’s corner had been flicked on by Ross Barkley.