Tammy Abraham scored his first England goal as they thrashed Montenegro 7-0 and sealed their place in next summer’s European Championships.

The Chelsea striker, on as a substitute, scored the final goal of a one-sided qualifier at Wembley, prodding home from close range after being set up by Borussia Dortmund’s Jadon Sancho.

Tottenham’s Harry Kane scored a hat-trick and there were also goals for Liverpool’s Alex Oxlade-Chamberlain and Marcus Rashford of Manchester United. The other was an own goal.

England will complete their qualifying campaign with a match away to Kosovo on Monday evening. 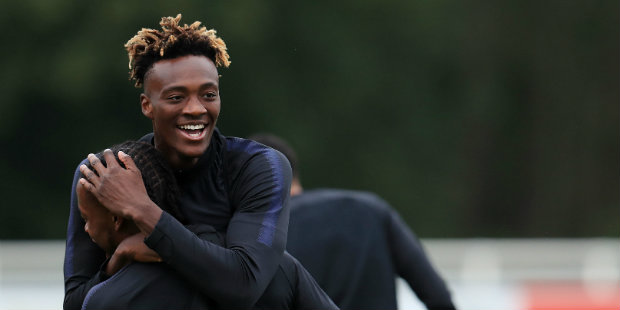