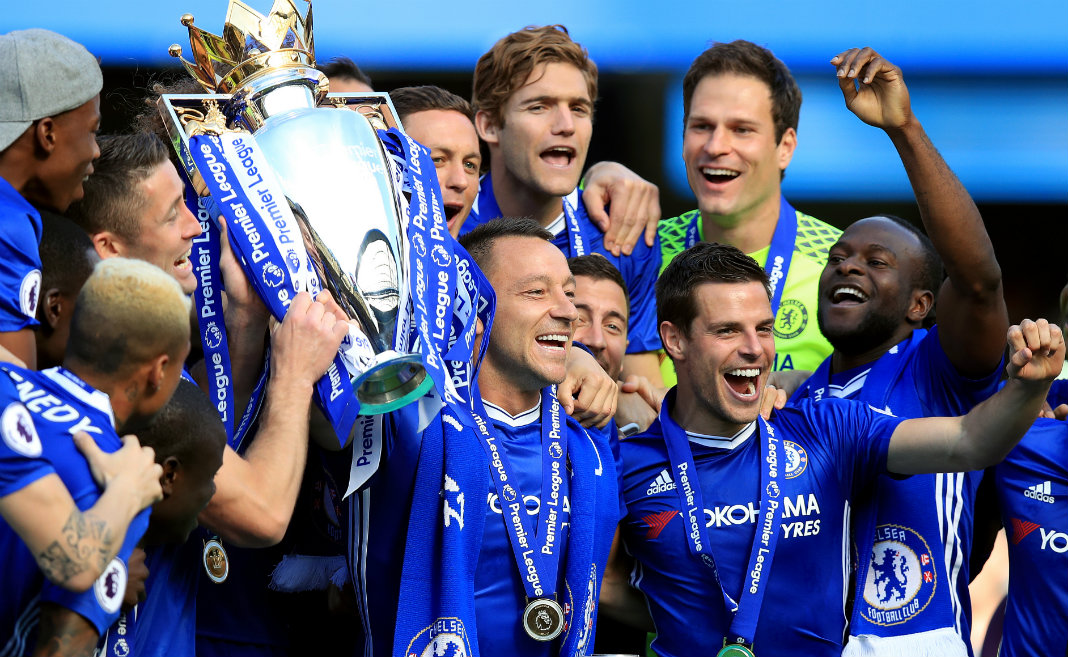 Willian, Eden Hazard and Pedro also scored for the newly-crowned champions, who became the first team to win 30 Premier League matches in a season.

Batshuayi, also on as a substitute, made it 4-1 and then scored with the final kick of the game to take his tally to four goals in his last three appearances.

It completed a resounding win for Chelsea, who were presented with the Premier League trophy after the match.

Terry, who will leave the club after next weekend’s FA Cup final against Arsenal, was given a hero’s reception as he led out the team for their final league match of the campaign.

And there were emotional scenes when Chelsea’s legendary number 26 was substituted in the 26th minute.

Terry’s team-mates formed a guard of honour and he struggled to hold back tears as he left the pitch.

He embraced his replacement, Gary Cahill, placing the captain’s armband around him in a symbolic as well as emotional gesture, before also embracing boss Antonio Conte as well as the Blues substitutes and backroom staff.

Relegated Sunderland had gone ahead when Sebastian Larsson’s third-minute free-kick ricocheted into the path of Manquillo, who fired into the roof of the net from seven yards out.

Chelsea were level within five minutes. After Marcos Alonso curled a free-kick against the bar, the visitors were unable to clear their lines and David Luiz eventually teed up Willian, who thumped home from near the right-hand edge of the six-yard box.

Conte’s side dominated after that and went ahead when Diego Costa beautifully controlled the ball and laid it off to Hazard. who steered it past keeper Jordan Pickford.

The third Chelsea goal was a gift. Joleon Lescott’s dire attempt to cut out Cesc Fabregas’ long ball saw the Black Cats defender head it over Pickford, giving Pedro a simple header into an unguarded net.

Pedro turned provider to set up Batshuayi, who finished emphatically – and scored again in the final seconds when he cut in from the right and thumped home.