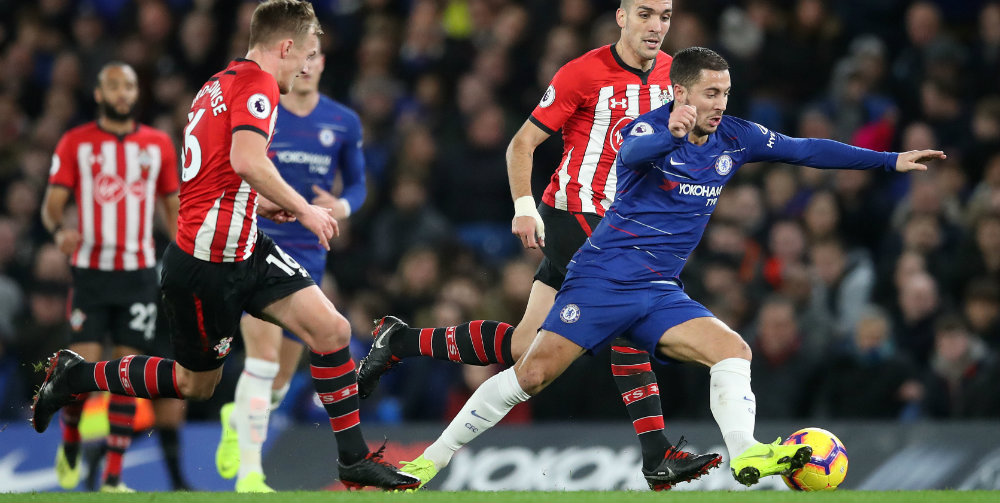 Chelsea endured a frustrating night as they dropped points at Stamford Bridge.

And the Blues, already without the likes of Pedro and Olivier Giroud, have another potential injury worry – Willian was taken off seven minutes before the interval.

Willian, who was replaced by Ruben Loftus-Cheek, was hurt by a challenge from Maya Yoshida.

Eden Hazard’s first-half shot hitting the head of Southampton keeper Angus Gunn summed up a disappointing game for the Blues, who would have gone five points clear of fifth-placed Arsenal had they won.

Chelsea 0 Southampton 0 – as it happened

The recalled Alvaro Morata missed a decent chance and had a goal disallowed in the second half.

Cesc Fabregas, on as a substitute for his 500th appearance in English football, supplied a lovely pass for his fellow Spaniard, who found the net but was adjudged to be offside.

And Morata should have put Chelsea ahead when he was unable to find a way past Gunn after being set up by Loftus-Cheek.

Southampton, who defended very well, threatened at times on the counter-attack in a game of few clear-cut chances.