Liverpool are set to sign Isaac Christie-Davies on a free transfer after the midfielder was released by Chelsea, ESPN say.

West London Sport revealed in February that Christie-Davies had joined QPR on trial. Rangers subsequently decided not to retain him.

Christie-Davies then trained with Liverpool and it is claimed that he is set to follow in Dominic Solanke in moving to Anfield from Chelsea.

Chelsea are set to beat Arsenal to the signing of Nice midfielder Jean-Michael Seri, the Mirror say.

Seri has been touted for a move to the Premier League for the last year or so.

Chelsea have been tipped to sign him and Arsenal have recently been linked with Seri as well.

The Mirror say the Gunners have held talks with the Ivory Coast international but that Chelsea are set to snap him up. 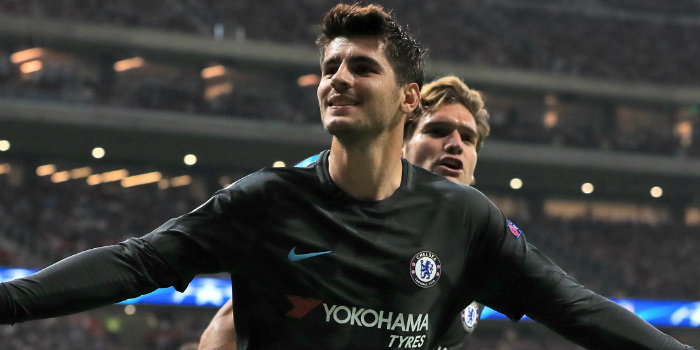 Italian outlet Tuttosport claim Chelsea have agreed in principle to Alvaro Morata joining Juventus on loan this summer with a view to a permanent move to the Turin club.

Juventus are reportedly set to pay a loan fee of around £13.2m after Chelsea apparently accepted the deal.

It is claimed that the striker will spend one or two seasons on loan at Juve before a proposed £40m permanent transfer, making the total package worth around £53.2m.

The Daily Mirror say Tottenham, who previously showed an interest in Zaha, are ready to move for him this summer, that Chelsea, Arsenal and Liverpool are also keen and that Manchester City could target him if they cannot sign Leicester’s Riyad Mahrez.

The Sun, meanwhile, say Palace will demand £70m for Zaha, who is under contract at Selhurst Park until 2022.

Chelsea plan to cut Charly Musonda’s loan at Celtic short this summer and send him elsewhere on loan next season, it is claimed.

Musonda has started just three games since joining Celtic on an 18-month deal in January and Chelsea are said to be unhappy with how his loan spell is panning out.

And ESPN believe plans are being made for the youngster to move elsewhere next term.

He is currently back at Chelsea receiving treatment on a shoulder injury and looks unlikely to feature for Celtic again this season.