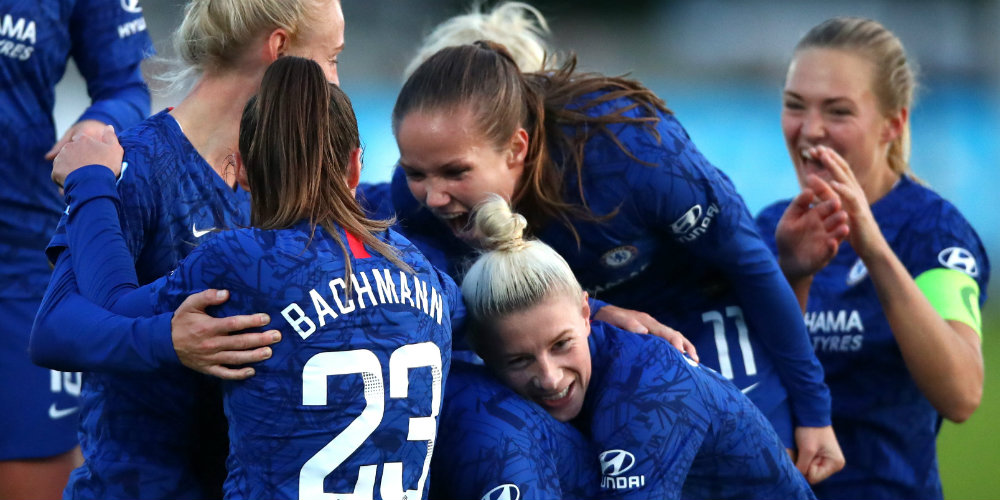 Magdalena Eriksson grabbed a late winner as Chelsea Women beat Lewes 2-1 in the Continental Cup to maintain their 100% record in the group stages.

The Blues captain ensured her side followed up Group D wins over West Ham and Crystal Palace, but the Women’s Super League leaders were made to work hard by their Championship opponents.

A bright start saw Fran Kirby shoot narrowly wide before she teed up the opener for Erin Cuthbert, who coolly poked the ball home for her first goal of the season.

Katie Roord crashed in a stunning equaliser to leave it level at the interval.

But Chelsea took control on the resumption with Sophie Ingle, Cuthbert and substitute Guro Reiten all going close.

The pressure finally told 10 minutes from time when Eriksson struck.