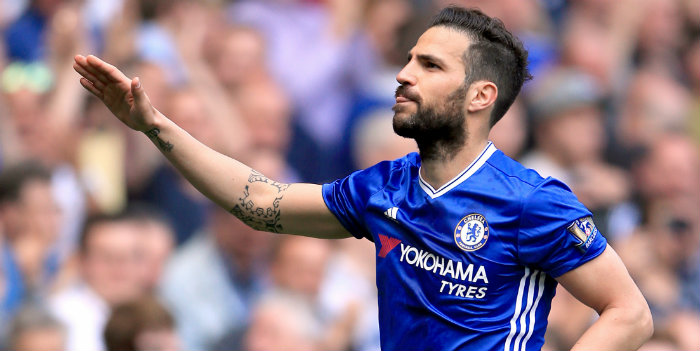 Antonio Conte has insisted that Cesc Fabregas is part of his future plans and that Chelsea are not looking to sell him.

Fabregas has not been in the Blues side for their opening Premier League matches, prompting speculation about his future.

Several European clubs were linked with the Spain midfielder during the recent transfer window despite Fabregas, 29, denying reports that Chelsea boss Conte had told him he could leave Stamford Bridge.

And reports in Italy on Thursday claimed that AC Milan are planning to make a move for Fabregas when the window reopens in January.

However, when asked if Fabregas is likely to be sold, Conte said: “No. Cesc is in my plans, in Chelsea’s plans.”

Conte also suggested that the player could earn a recall to his starting line-up.

“We all know know Cesc is a fantastic player, and I’m pleased to see him in every training session with a great attitude,” the Italian said.

“If he continues in this way it will be a very difficult choice for me. But I want this from my players – to put in my mind many doubts.

“We all know that Cesc is a great technical player, but I am also starting to know him as a man and he is fantastic.”