Eden Hazard scored twice to take Chelsea up to third in the Premier League.

The Belgian opened the scoring with a brilliant individual goal on 23 minutes and sealed Chelsea’s win with an injury-time second – his 19th goal of the season.

Hazard put the Blues ahead when he collected Ruben Loftus-Cheek’s pass midway inside the West Ham half and evaded four challenges before slotting past keeper Lucasz Fabianski.

Hazard then turned provider with a lovely ball through to the recalled Gonzalo Higuain, who blasted against the near post and later had a shot blocked by former Fulham man Ryan Fredericks after being found by Callum Hudson-Odoi’s cross.

Loftus-Cheek kept his place in the side along with Hudson-Odoi, who brought a fine save from Fabianki shortly before half-time after racing down the right to collect another superb ball from the electrifying Hazard.

West Ham posed much more of a threat in the second half.

But Chelsea were always dangerous and they doubled their lead when Hazard fired into the far corner after being picked out by Ross Barkley. 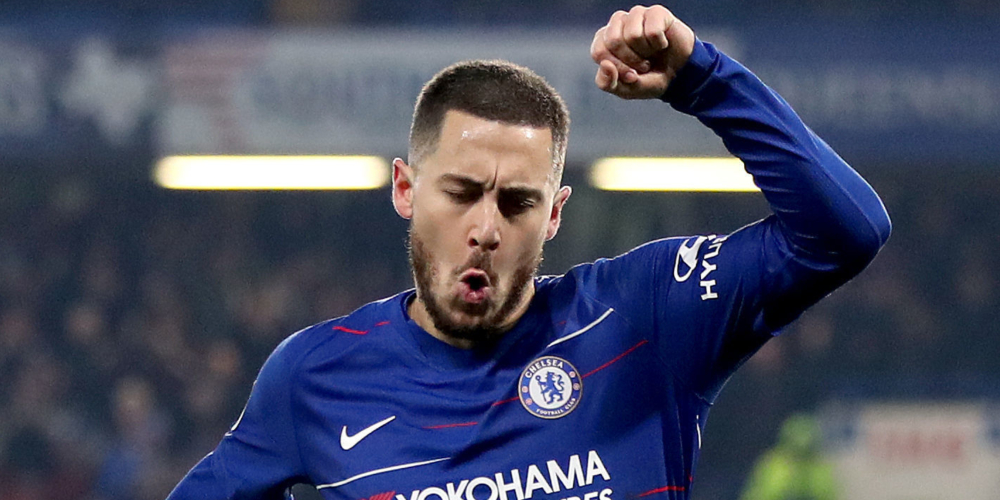