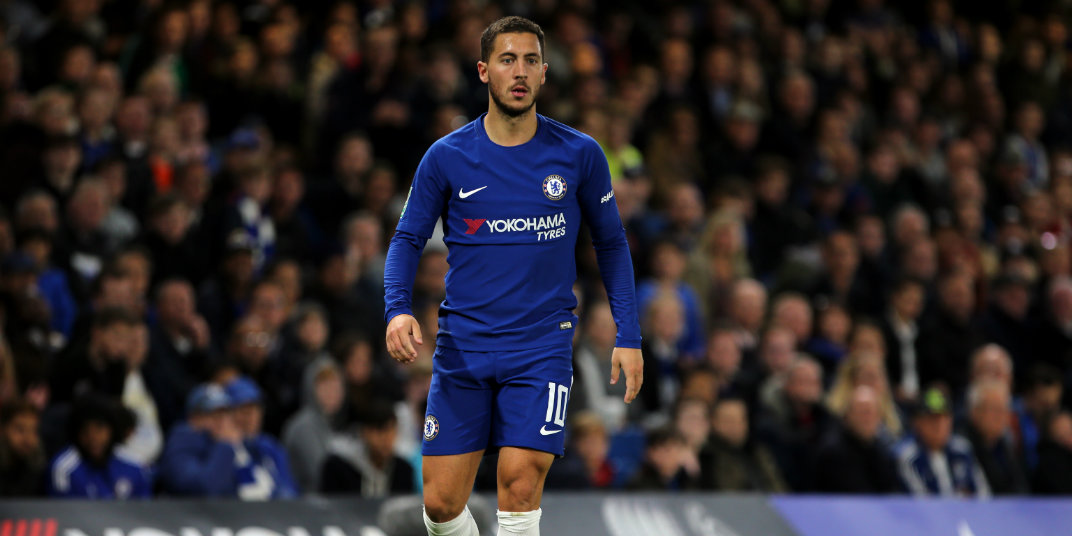 Eden Hazard is fit to face Arsenal in the first leg of the Carabao Cup semi-final after recovering from a calf injury.

Antonio Conte retains just two of the team who drew 0-0 at Norwich – Antonio Rudiger and Danny Drinkwater – with Alvaro Morata returning up front.

Thibaut Courtois returns in goal, with Cesar Azpilicueta captaining the team in the absence of Gary Cahill.

David Luiz is among the substitutes, alongside Pedro and Willian.

Arsenal boss Arsene Wenger, who is serving a touchline ban, reverts to the majority of the team that drew 2-2 with Chelsea in the Premier League game last week.

However, Alexis Sanchez is only on the bench, alongside new signing Konstantinos Mavropanos, and Mesut Ozil is left out entirely.

Granit Xhaka (groin) and Shkodran Mustafi (knock) have recovered from injuries to start.

Video Assistant Referee (VAR) technology will be used in both legs of the semi-final and the final itself.