Kerr, 26, has previously starred for Chicago Red Stars and Perth Glory and is regarded as one of the best female players in the world.

Her signing is therefore a major coup for Chelsea, who saw off competition from a number of top European clubs.

Kerr, the all-time leading scorer in the Australian and American leagues, has signed a two-and-a-half-year deal and is available from January.

She scored five goals at the World Cup this summer, helping Australia reach the last 16.

“The fact she chose Chelsea when she could have gone to any club in the world is a testament to the players and the staff here,” said Chelsea boss Emma Hayes.

“She saw this is the best place for her to grow and take the next step in her career. That’s a wonderful compliment to us all.” 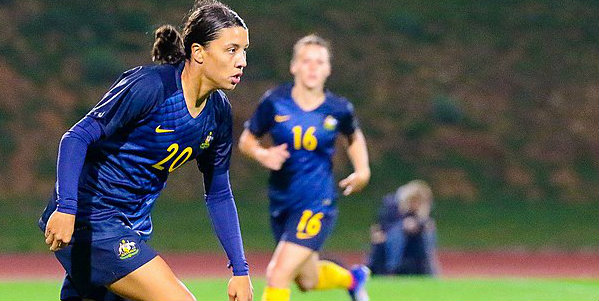