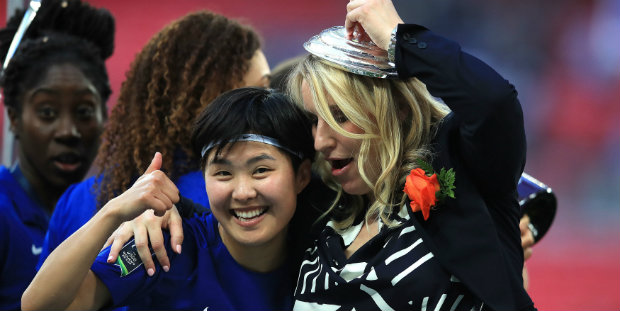 Chelsea Ladies clinched the Women’s Super League title and a domestic double with a 2-0 win against Bristol City Women.

Drew Spence headed the visitors ahead in the first half, and Jonna Andersson fired in a late second goal as Chelsea moved an unassailable nine points clear at the top of the table.

For manager Emma Hayes’ team the victory meant they added the league silverware to the Women’s FA Cup they recently won against Arsenal at Wembley.

It also meant a fitting finale for Katie Chapman, who last week announced she will be retiring at the end of the season.

“To go out with two trophies is unreal,” Chapman said.

“I love this team and I love this club and I think we’re deserving of that.

“I’ve loved ending my career at Chelsea. These girls are great and our team is fantastic. What an honour for me to play in a team like this and to do the double with them.”