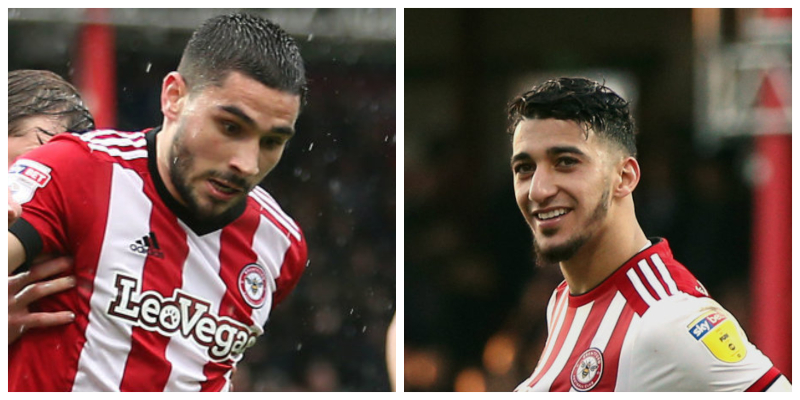 Aston Villa, managed by Frank’s predecessor Dean Smith, have been linked with both players, while reports suggest Sheffield United are looking to tie up a deal to sign Maupay.

Frank has indicated that there has been no approach for striker Maupay, who scored 28 goals last season.

“Approaches? No. That’s the good thing about the structure of the club. I can leave that to (co-directors of football) Rasmus (Ankersen), Phil (Giles) and (club owner) Matthew (Benham). I can have my wishes.

“I think everybody that watched us last year saw some amazing bits of football and when you have young interesting players, it’s natural other clubs are interested in them.

“But we also know that we want to progress, and push. Because of that we want to keep our best players and get some new ones in like Christian (Norgaard) and Ethan (Pinnock).”

He told West London Sport that the duo are recovering from knocks and will be assessed ahead of the squad’s trip to Austria.

“Said is still recovering from his injury in the Spring, while Neal had just a slight overload and we are checking him for Austria,” Frank said.

Frank confirmed that defender Ezri Konsa, who also missed Friday’s game, will not return to training until July 15 following his involvement for England at the recent Under-21 European Championships.

Norgaard scored on his Brentford debut in a 3-0 win at Kingsmeadow, where fellow new signing Pinnock also featured.

Centre-back Pinnock – signed from Barnsley last week – started the game in a back three alongside Henrik Dalsgaard and Tom Field.

Norgaard, who joined from Fiorentina, was part of a complete line-up change at half-time that also saw Ollie Watkins introduced – and both got on the scoresheet.

B team striker Marcus Forss scored the opener when he beat two defenders and found the net inside the near post in the second half.

Norgaard turned in at the far post to make it 2-0 before Watkins, who looked sharp, completed the win with a close-range finish.