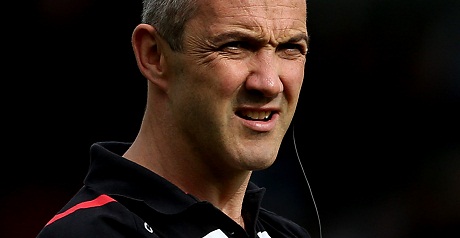 Harlequins’ dream of lifting the European Challenge Cup in Conor O’Shea’s final game in charge was dashed after they were beaten 26-19 by Montpellier in Lyon.

Both sides traded early penalties, while Quins’ Nick Evans also struck an upright, before Jesse Mogg scored a try for Montpellier midway through the first half.

Evans kicked two more penalties to reduce the deficit at half-time to just 13-9, but pulled another one wide after the break.

Mogg went over again shortly afterwards and Montpellier fly-half Demetri Catrakilis – who converted both tries – continued to kick unerringly, a couple of penalties stretching the lead to 26-9.

Quins piled on the pressure in the latter stages and were rewarded with a try from Marland Yarde, after good work by Chris Robshaw and George Lowe, to give them hope.

Ben Botica, who replaced Evans, converted and then slotted over a penalty but Quins were left with too much to do.