The 32-year-old has moved to west London two days after it was announced that his Sale Sharks contract had been terminated by mutual consent.

He left Sale after what the club’s director of rugby Steve Diamond described as “a difference of opinion”.

Harlequins head of rugby Paul Gustard said: “I have known Chris for around eight years now and he is without doubt one of the most competitive, professional and dedicated athletes I have encountered.

“His drive to succeed and win is exceptional, allied to his desire to improve and be the best version of himself he can be has always been clear.

“The Quins supporters will of course be aware of his prowess on the field and, let’s be frank, astonishing try-scoring record across all competitions and leagues.

“This is down to not only his skill, but equally also founded on his incredible work ethic.”

Ashton has scored 86 Premiership tries and could become the first player to go past the 100 mark.

“I know that I have still got a lot to give on the pitch,” he said.

“I can’t wait to get started at Quins. It is a club filled with incredibly experienced and talented players.” 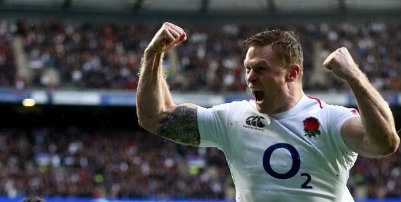