Forwards Joe Marler and Kyle Sinckler have been named in England’s squad for the Rugby World Cup on Japan.

The duo are the only Harlequins players in the 31-man party, with Joe Marchant having missed out.

Centre Marchant, who came off the bench to make his international debut at the weekend against Wales, did not make the cut.

The tournament begins on September 20 and England play their opening fixture against Tonga in Sapporo, before taking on the USA in Kobe, Argentina in Tokyo and France in Yokohama, in their first round pool.

Neither Marler nor Sinckler played in Saturday’s first World Cup warm-up fixture against the Welsh at Twickenham, though Marler was an unused substitute.
Both are likely to feature in one or more of the remaining pre-tournament friendlies against Wales (the teams play a return match on Saturday), Ireland and Italy.

For Marler, who has 59 caps, it will be his second World Cup, having played in the last edition in England in 2015. But Sinckler, who has 22 caps, will be taking part for the first time.

Marler’s inclusion confirms a fairytale return for the 29-year-old Quins prop, who retired from international rugby a year ago, but made himself available for selection again in order to have another tilt at the World Cup.

“It’s about giving it another crack and I’ll give it everything,” he said, having got in touch with head coach Eddie Jones to declare his desire to be considered after playing for the Barbarians against England in June.

Sinckler, 26, has been a revelation since making his England debut in 2016 and played for the British and Irish Lions in their famous drawn series with New Zealand two years ago. 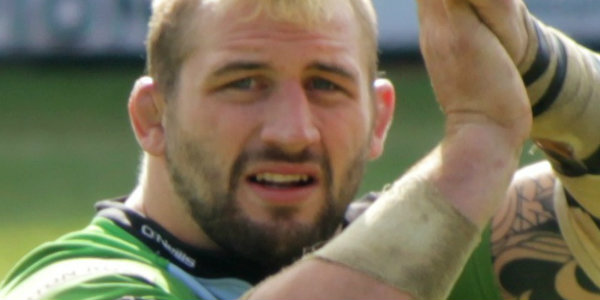