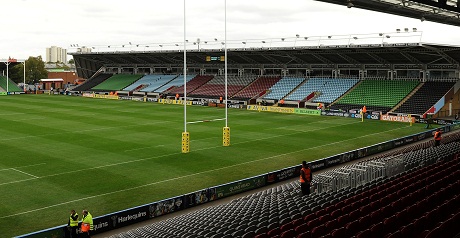 Montpellier fly-half Demetri Catrakilis will join Harlequins from the start of next season.

The South African, 27, kicked two conversions and four penalties as the French side beat Quins in the European Challenge Cup final in May.

He also won two Currie Cup titles with Western Province, dropping a goal off each foot in the first of those victories.

Catrakilis has converted every place kick in every final in which he has played and over the last three seasons – across Currie Cup, Super Rugby, Top 14 and the European Challenge Cup – has a kicking success rate of over 85% from the tee.

He joined Montpellier ahead of the 2015 season and has scored 259 points in 24 games to date.

Quins director of rugby John Kingston said: “The fly-half position is hugely influential in the game and Demetri has all the physical and mental attributes required to dominate at the highest level.

“Our ability to secure this signing already is a reflection of our commitment to focus hugely on Harlequins’ recruitment needs for the future.”