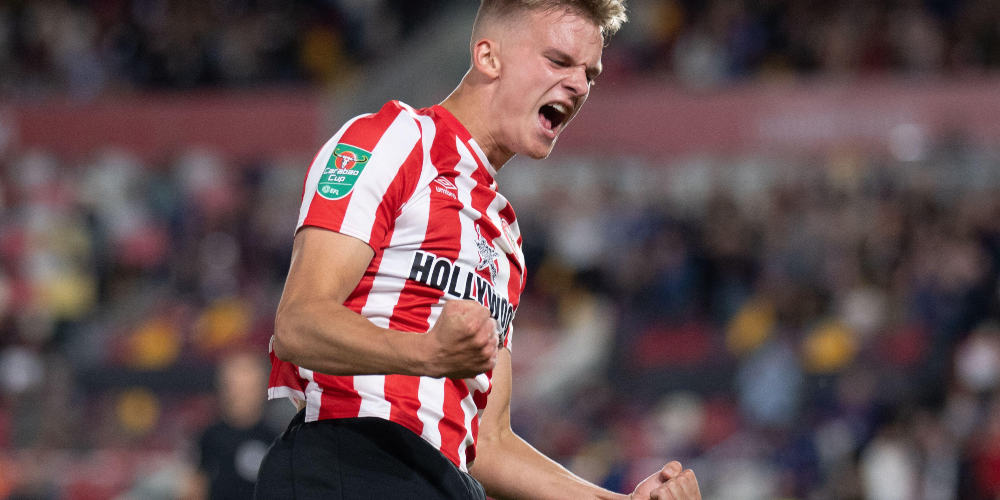 Thomas Frank has indicated that Brentford are open to letting Marcus Forss leave on loan this month.

The Finnish striker, 22, has impressed during his limited game time for the Bees – scoring four times in a Carabao Cup tie against Oldham in September.

And another loan move could be on the cards, with boss Frank keen for him to pick up more first-team experience.

Frank said: “Marcus is a player that we are very pleased with. He’s got a great future ahead of him.

“I think we are open in general if clubs are approaching us for some of our players.

“To say that it’s going to be a definite, I can’t say that – so many things can happen from now until the end of the transfer window.

“He only experienced that in the spell at Wimbledon. I think that’s important.

“I think his pathway to have success is probably – because also we took the step from the Championship to the Premier League – to play week in, week out, either now or at another stage.”

Frank has also confirmed that Kristoffer Ajer, out for more than two months with a hamstring injury, will start for Brentford in Saturday’s FA Cup tie against Port Vale.